It is the most recently restored patrimony building in Bucharest. It brings together a cluster of companies and independent organizations from the creative industries. DC Communication and Headvertising, the two developers of the project, have invited several other companies to join the ARK: Media Factory, Interactive Look , Re-ply , Space Syntax, the International Center for Contemporary Art (ICCA) and the “Radu Anton Roman” Initiative Group. 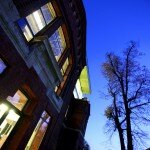 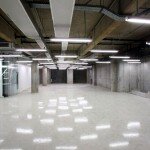