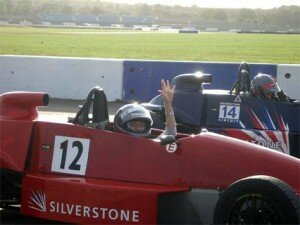 Ricarda Vidal is founding-director of Betting on Shorts. She manages “More than a Eurovision of Shortfilm” together with Irini and Konstantinos and curates screenings and exhibitions of artist video and film in galleries and art spaces in London and around.
Ricarda holds an MA in English and German literature and a PhD in humanities and cultural studies, for which she explored car crash culture and the obsession with speed in the 20th century.
She is Lecturer in Visual Culture at the Institute of Germanic & Romance Studies (University of London), where her research is concerned with representations of the void in contemporary urban artist film and urban writing.
Ricarda is passionate about film and she loves driving really fast. 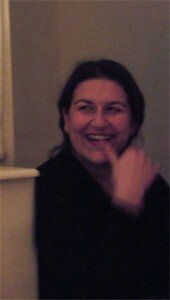 Irini Marinaki is co-director of Betting on Shorts. She studied photography and video art at Focus in Athens before moving to London in 1996. She also holds a BA (Hons) in Art History and Critical Studies from Camberwell College of Arts and an MA in Art History from Goldsmiths College. She is currently a PhD student at the London Consortium, University of London, where she researches the art critical and curatorial work of Nicolas Calas.

She has worked as a photographer, art critic and archivist for various institutions including the audiovisual collections of the ICA (Institute of Contemporary Arts, London) and of Central Saint Martins College of Art & Design, the photographic archive of ELIA (Athens) et al.
Irini was a founding member of the London Consortium’s web resource Static and served on its editorial board from 2005-2007.
Irini also organizes multidisciplinary conferences and public events in various cultural institutions in Europe and beyond. Irini has conceived and co-organized Take a deep breath, a 3-day multidisciplinary conference at Tate Modern, London. Most recently, she organised together with Ricarda and Konstantinos, Shortness: A very short conference and a very long dinner at Tate Modern, London. www.shortness.co.uk 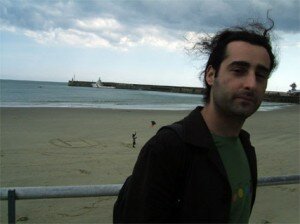 Konstantinos Stefanis is co-director of Betting on Shorts. He studied art history at Camberwell College of Arts (BA Hons) and at Goldsmiths College (MA). At present he is completing a PhD at the London Consortium, University of London. His thesis looks at the emergence of artists’ retrospective exhibitions in Europe and considers their development into a potent contrivance of artists’ self-mythologization. His research interests are in modernism, architecture, urbanism, exhibition culture and collections. He has worked at the Benaki Museum in Athens, the audiovisual collection of the ICA (Institute of Contemporary Arts), London et al.
He was founding member of Static, the web resource of the London Consortium, and served on its editorial board from 2005-2007. Konstantinos has also organized several multidisciplinary public events and has developed and co-organised Take a deep breath conference at Tate Modern and together with Ricarda and Irini, Shortness: A very short conference and a very long dinner at Tate Modern, London. www.shortness.co.uk 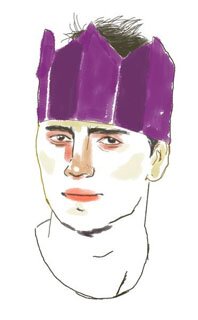 Jonathan McKay develops BoSs branding and creates its animation and design. He was awarded his degree in Graphic Design from the University of Pretoria in South Africa in 2000. He went on to co-found his own successful animation and design agency in 2004, specialising in motion graphics and branding for the South African Broadcasting Corporation and other international broadcasting clients. The director of numerous animated shorts, Jonathan has recently become involved in the production of content for mobile phones and was a Mipcom 2007 Best Original Mobile Content Finalist. He is currently studying for his Masters in Cultural Studies and Humanities in London while indulging in his fondness for teen slasher movies on the side. 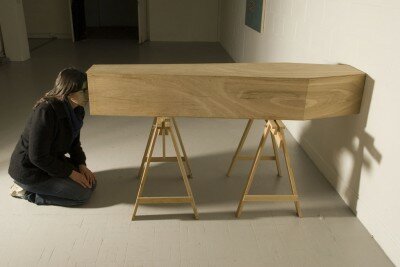 Sarah Sparkes is an artist and curator.  Her practice includes painting, installation, sculpture and film.  She has exhibited extensively in the UK has recently shown at Nettie Horn, Sartorial Art Gallery and Scope Art Fair as well as at numerous artist project spaces.
Over the past three years she has curated four major exhibitions, ‘Driven’ at the Fieldgate Gallery, ‘Real Life’ at the Portman Gallery, in collaboration with Marq Kearey, ‘Chutney 2 – The Rot Sets in’ a public event on Camberwell Green and part of Camberwell Arts Week and with Ricarda Vidal, ‘Ghost’  a night of artists films and installations at st John on Bethnal Green.
http://www.sarahsparkes.com/